The Chief of the Army Staff, General Manoj Mukund Naravane is the reviewing officer for the Passing Out Parade of the 141st Course of the National Defense Academy (NDA), which is being organized today to mark the completion of three years of rigorous training.  Academy for Passed Cadets.

Chief of the Army Staff (COAS) General Manoj Naravane will be the Chief Guest at the passing out parade of the 141st Course of the National Defense Academy (NDA) at Khadakwasla near Pune on October 29.

Addressing the gathering, the Army Chief said, “As we open the portal of the National Defense Academy for women cadets, I hope all of you will welcome them with the same impartiality and professionalism that the Indian Armed Forces do around the world.”  I am known.”

“Always remember that no service by itself can fight and win modern wars,” the general told the cadets who went to their respective service academies after the NDA.

NDA Commandant Lt Gen Asit Mistry and Southern Army Commander Lt Gen JS Nain welcomed Naravane at NDA’s Khetrapal Ground.  This is the fourth time that the prestigious passing out parade is being organized in the shadow of the COVID-19 pandemic.

From here, you’ll move on to related career service academies for more focused military training.  You will wear different uniforms, but always remember that no one service by itself can fight and win modern wars,” he said.

The event was conducted under strict COVID-19 guidelines.  The Academy has not invited parents or guests to follow COVID-19 protocols in the parade.

NDA is the Armed Forces Joint Services Academy where cadets train together before moving on to their respective service academies for further pre-commissioning training.

Last month, the Defense Ministry had informed the Supreme Court that a notification allowing women candidates to appear for the NDA entrance exam would be issued by May next year.  But observing that the inclusion of women in NDA cannot be postponed for a year, the apex court had allowed women candidates to take the exam in November this year and not wait till May 2022 as requested by the government. 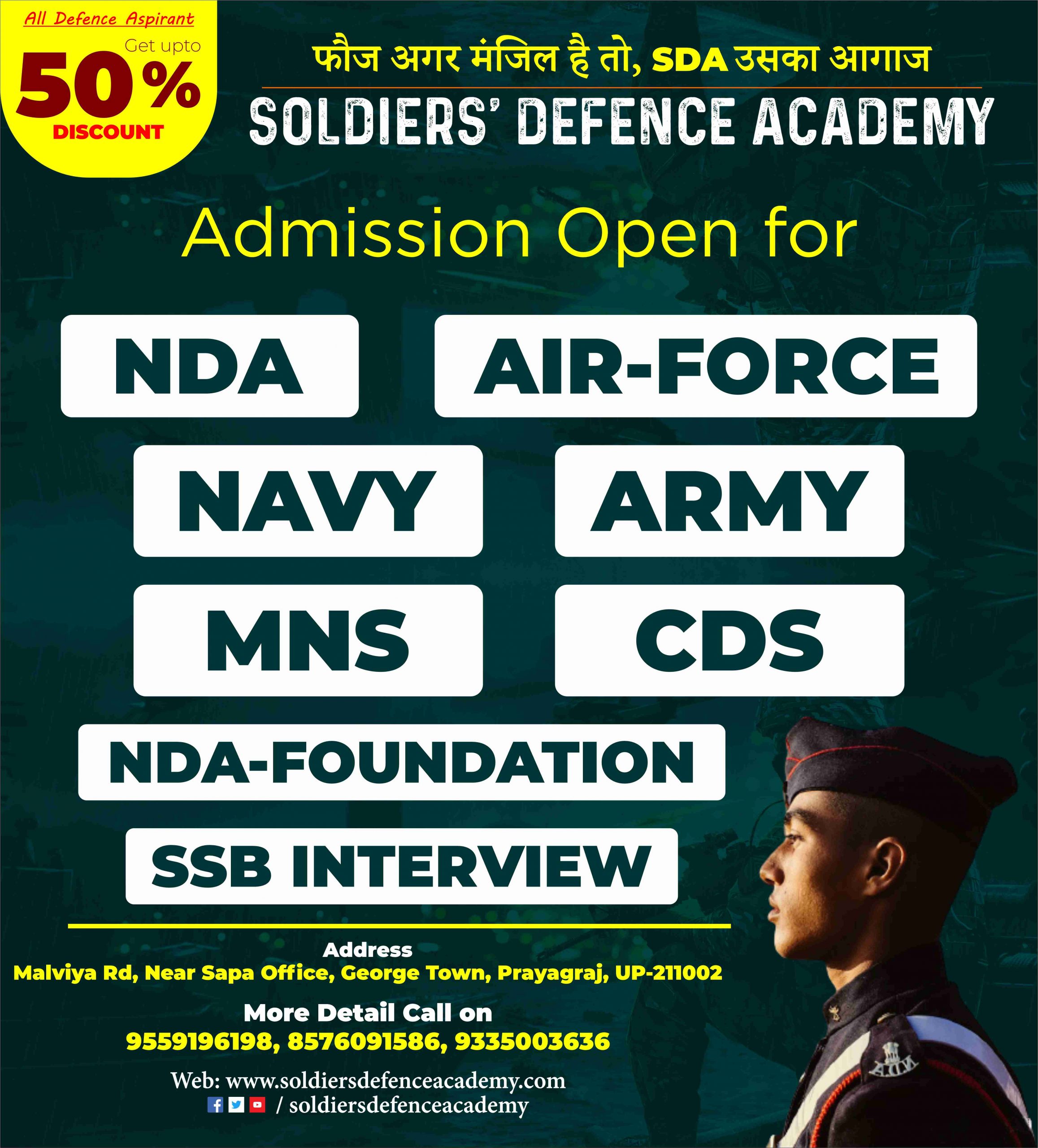